The mysterious, cold black-bellied man VS the stubborn, yet soft woman.

Jiang Mo, whose parents urged her to marry, thought she found a man who met her aesthetic standards to deal with her parents. She never thought that her newly married husband was actually the company’s big boss!

I Can Still Accompany You Till Dawn 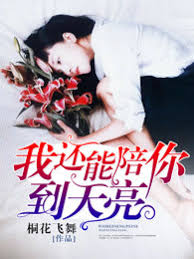 Despite all the opposition, Qiao Yu married a man who hated her. Two years after their marriage, she waited day and night trying to please him, but in return he said, “Divorce, you have no value.” He kicked her out of the house. She unexpectedly learned that she was in the third month of her pregnancy. She wanted to be happy and share this good news with him, but she bumped into him and others. The man she put on top of her heart pushed her down the stairs with his own hands. She lost her child and disappeared in front of his eyes as he had wished. Then, suddenly, the man who once hated her seemed crazy–finding her all over the world.

Qiao Yu married a man who hated her, despite everyone’s objections.

During their two years of marriage, she did everything she could to please him, only to be met with divorce papers and the words “You have no value.” Afterwards, she was driven out of the house.

Soon after, she had unexpectedly received joyous news. However, it quickly turned to tragedy and she resolutely disappeared. Suddenly, the man who once hated her seemed crazy– searching for her all over the world.

The site is currently not monetized (aka we don’t earn money from ads).